This was a race I participated in in 2009.. It will be 10 years in February since I completed this event. This was a fulfilling adventure I will never forget.. 125 miles point to point with no course markings but only 100 waypoints to navigate with my handheld GPS.

Start the player below to enjoy some music from the region.

Tex – welcome to the farm 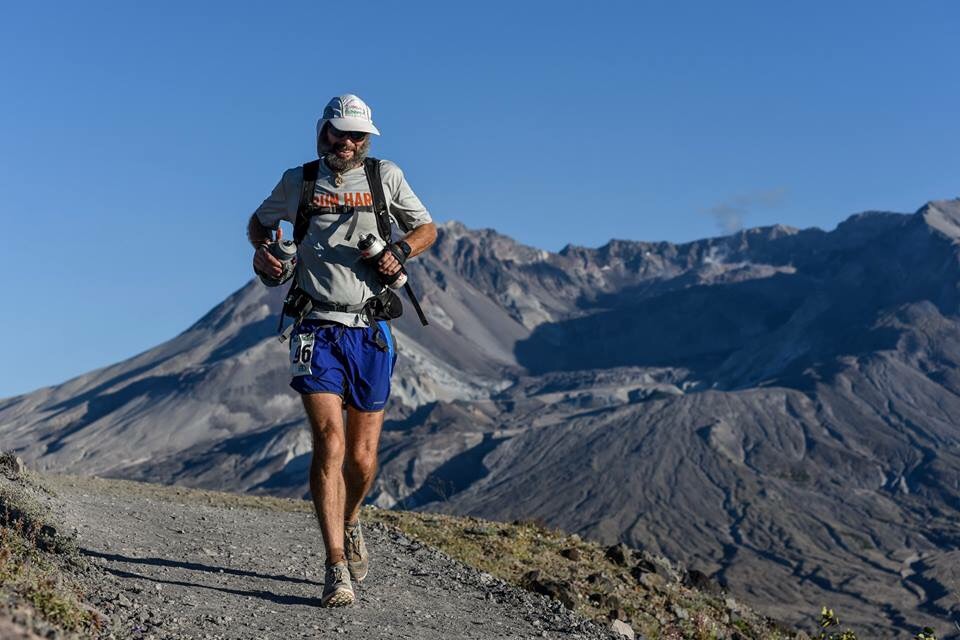 Well here we go. Heading to the airport for mY 200 mile adventure. Super stressful yesterday at work and after 13 hours called it a day. Hope that changes soon so I can get my life back. 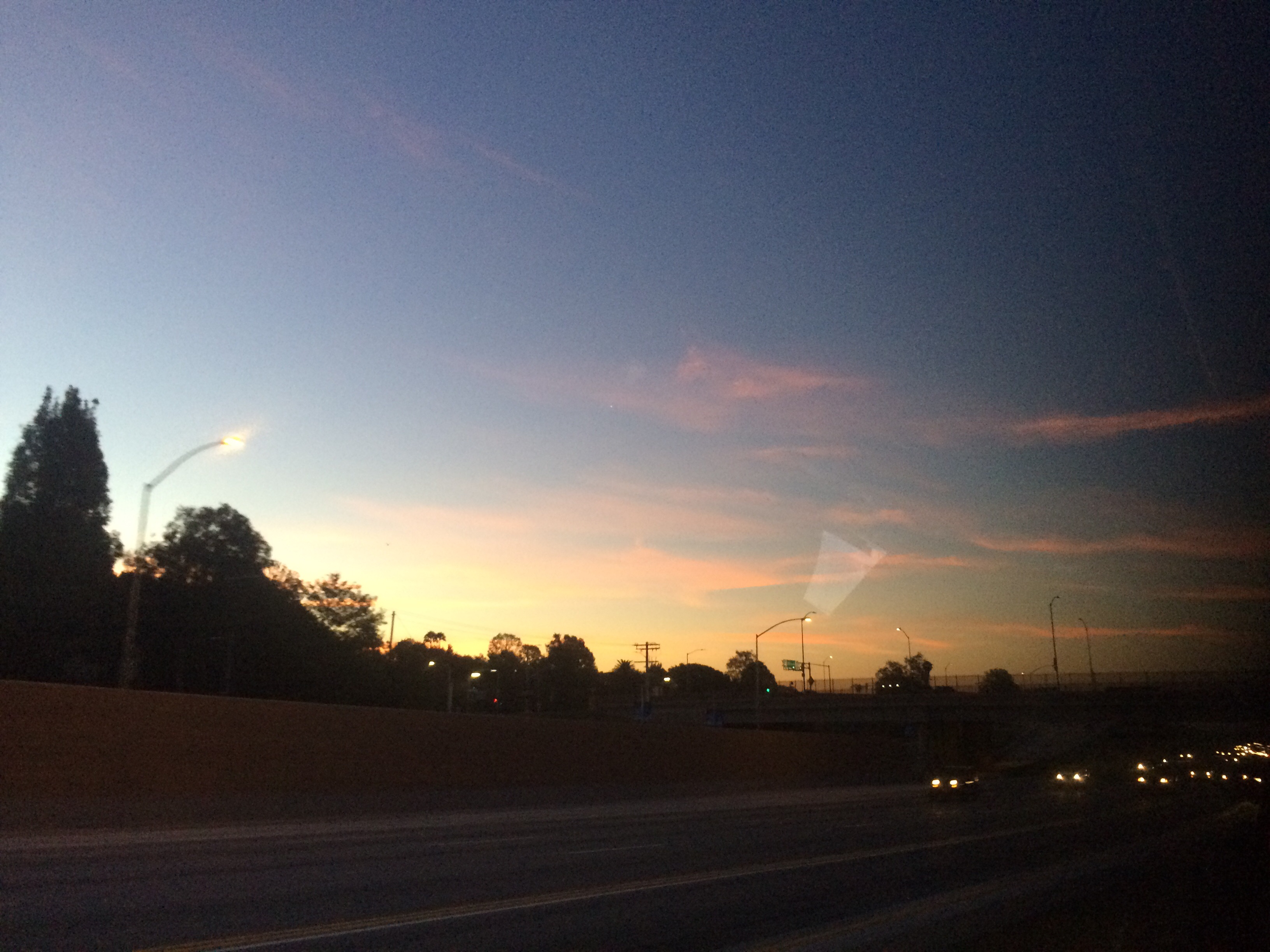 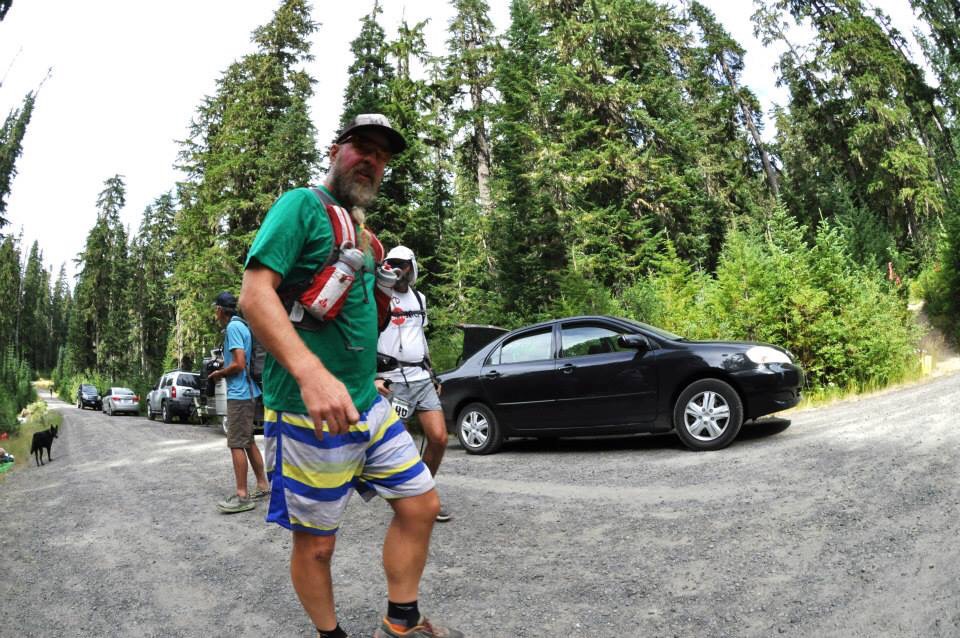 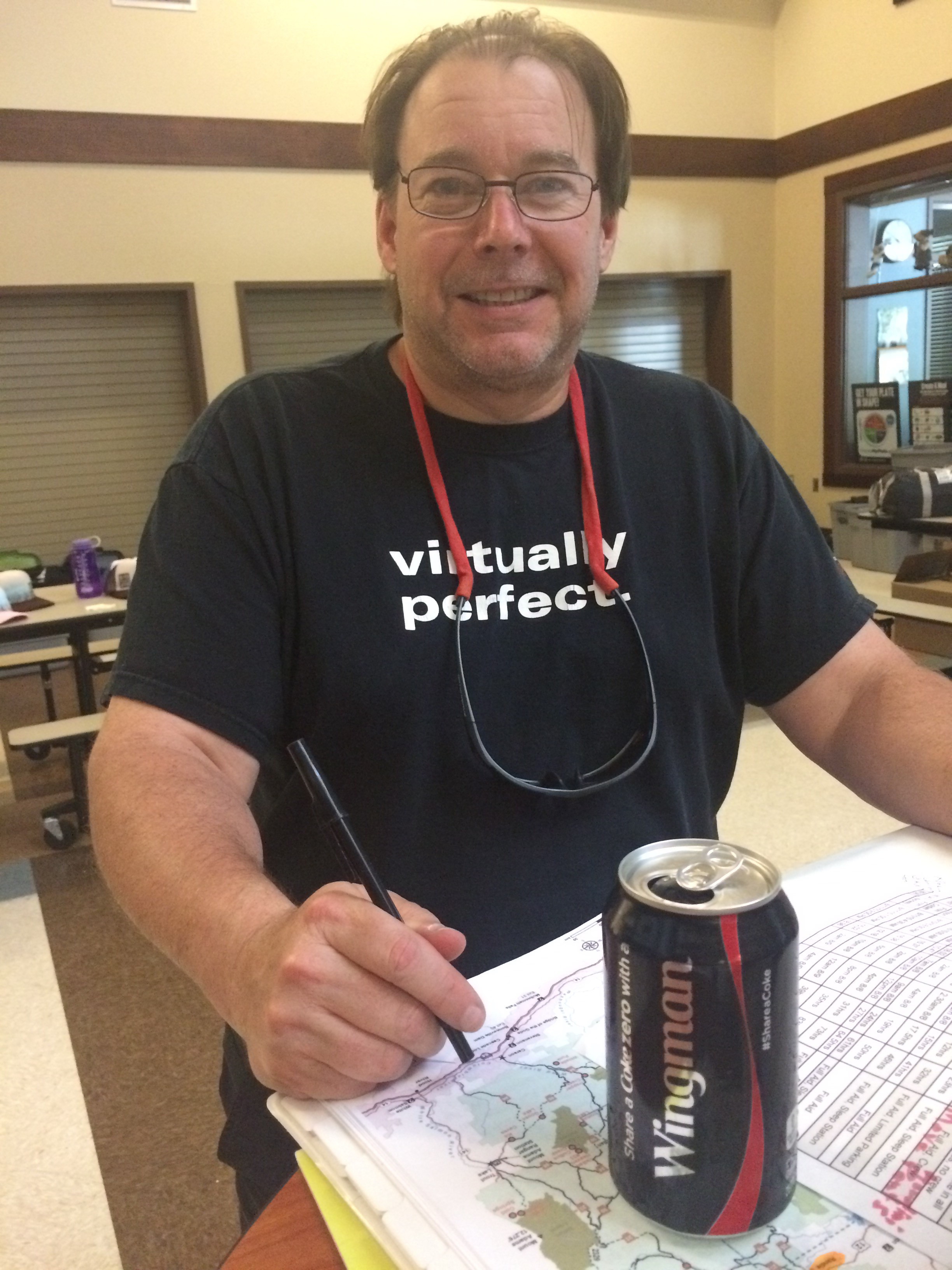 It happened and although challenging it was a great journey.

Decide to dedicate a page to this adventure I ran last week..  Find it here:

Two day fast pack with lots of river crossings and serious bushwacking…Check out the Pics here from Jonathan’s GPS enabled camera. A fine trip covering 52 miles in 2 days… our own little Racing the Planet.

Started the weekend trying to get out of work early.. Put my boss on notice early in the week I would leave at 2. After a dysfunctional meeting with senior management, where memory is not one of their stronger talents and processes are demanded but non-existent, I was in react-mode to make some plans for the following week. My plan to get on the road to San Diego to ride a road bike century could not start soon enough. Out the door by 5:30 and I had hideous traffic for at least half the drive.
Arrived in Alpine, the last decent place to stay, where I me Jack. 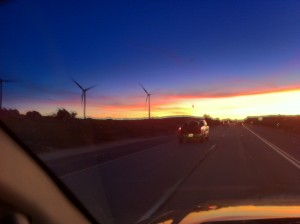 Up at 4:45AM and then on the road for an hour to start the ride that begins in Ocotillo…

At the starting line it warmed up fast and after some cone adjustments to Jack’s front wheel we were moving.  Climbs were small relatively speaking but still caused many to slog up the hills.  We stopped at the checkpoints taking in the view of the Badlands in Borrego.  Lunch was served at mile 55 on the return trip back to the start. 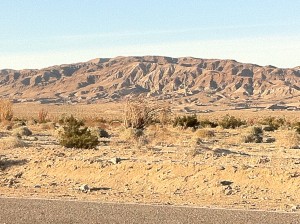 The winds started kicking in and I teamed up with a few folks to share the work breaking the wind.  This is where I took too big of a pull and burned out my legs, only to find the last hill humbling. I finished casually without a sufferfest and waited for Jack to finish. 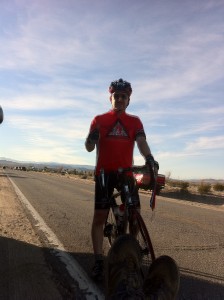 A well deserved beer at the Lazy Lizard was a good way to end the ride.  I had to make it back to town and decided not to fight the traffic on Sunday but drive home after a beer and a burrito… Needed that… Home at 9:30PM.. Long day..

Recovery run on Sunday.. 12 miles in Pt Mugu State Park.  Sycamore, to Blue Canyon, up Boney Trail and down the hill from the Cabin site.  Legs were worked but I needed it. Monday was MLK day.. so slept in, took the dog for a walk then off to run in LaJolla Canyon. but in 17 miles but felt more like 20… Up Ray Miller Trail, getting hot since I started after 10AM, down Fireline, up Serrano Canyon in the cooling shade. Serrano was refreshing but still not as green as I remember since the ferns have not come back yet. 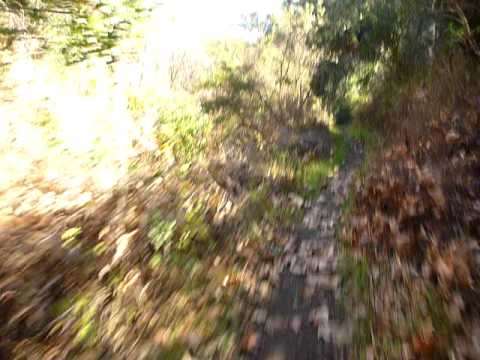 I spotted some movement on a far hillside but could not figure out if it was coyotes or some other small critter.. Needed binoculars but rarely carry them.  I was heading down Old Boney trail playing Dire Straits with some new headphones on this technical downhill.  Only to find a rattlesnake in the middle of the trail.  I was moving too fast to stop so I jumped over him and took this video: 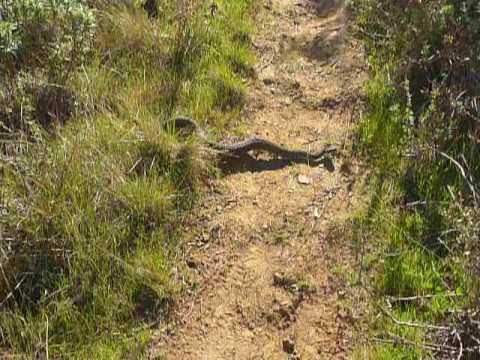 I was pretty amped after that..  Hammered down the rest of the trail looking for other snakes but none to be found.  Then up the Backbone Trail running every step. Finished with a float down Ray Miller.

RMT is magical.. today there were a few sections that i felt very relaxed and harnessed the gravity effortlessly.  These days this is about all I get to control since other parts of my life are far from controlled.  As I hammered out the last quarter mile, I peered out to the ocean and it was sparkling. The picture does not do it justice.. you just had to be there. 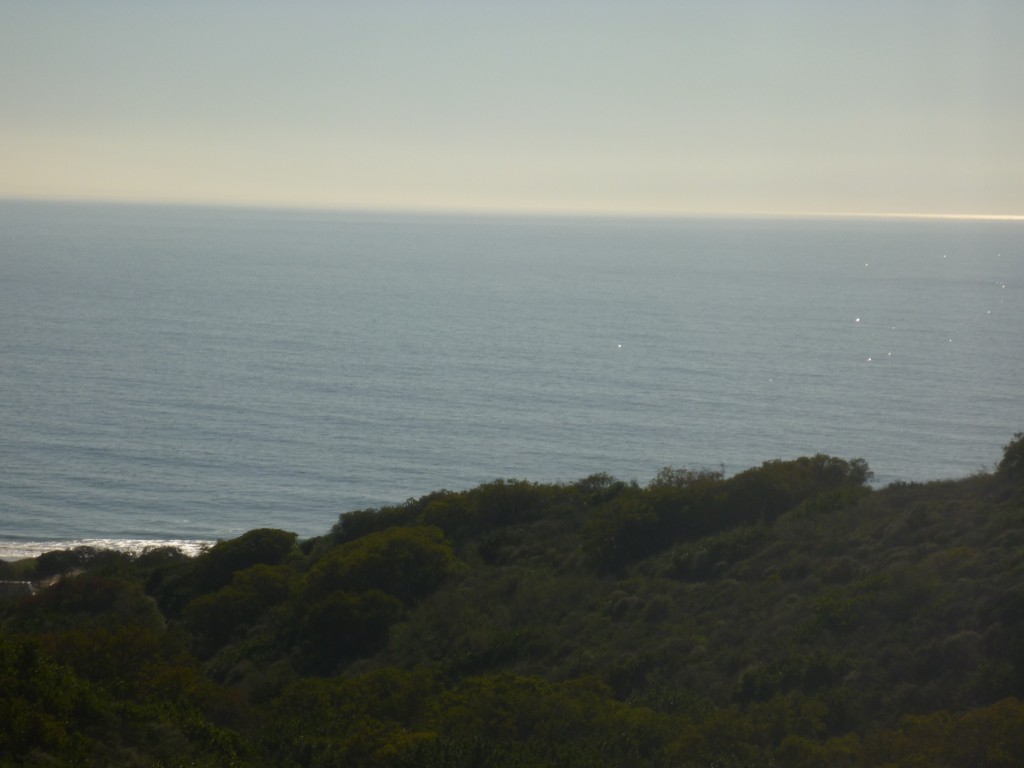 Back to reality tomorrow..

Thought I would use this blog to record some choice moments in the corporate environment.

Why do certain people refuse to adapt to reorgs? They move to a new line relationship but still take direction from their old chain.

I met Jimmy Dean Freeman and his SoCal Coyotes for a run on the Xterra Boney Mountain course. Just got there in time for the rain to start, the wind to blow and the long pre-run briefing. This is my home turf and I just wanted to start running and not hear the route description. I got moving around 9:30 with about 30 new friends and began at the back chatting with Kate about her sweeping duties and her cold hands. I could only help by giving her an extra pair of hole-ee BD gloves she could put over her thin gloves.

I managed to work my way through the pack and met up with some runners moving at my pace and just hung out. The rain was dripping over my neoprene OR sombrero and seeping into the hood of my rain jacket. Time to batten down the hatch and stay warm. My quads were sore from yesterday but they were numb at this point from the cold driving rain. Just needed to keep moving, talking and running faster. My calf was talking to me but not enough to keep me from pushing the pace a bit. A good feeling as I didn’t know how long it would take to get back to running. Still some more rehab to go but I do see an end in sight. Ran into Pine Tar, a local hiker that has blazed trails everywhere in the Santa Monica Mountains and the Los Padres forest, as I ran down Old Boney trail. He was wearing a frog suit as he beamed to tell me about it’s fine qualities that kept him warm and dry. I actually have a suit just like it but the lack of fashion and better options keep it in my truck as a backup. I finished in a little less that 2.5 hours and was glad to finally get in a warm shower to rid the chill. This is my last “play day” before heading back to work on Monday and glad I made the most of the last week despite healing injuries.

Chris Scott organized a little New Years Day Run in Ojai.  50K’ish for those who wanted to go long and about 20 miles for the others with options for out an back runs for those with a limited schedule. Starting at Cozy Dell off Hwy 33 we got the obligatory group picture and began the cold climb up the muddy trail. 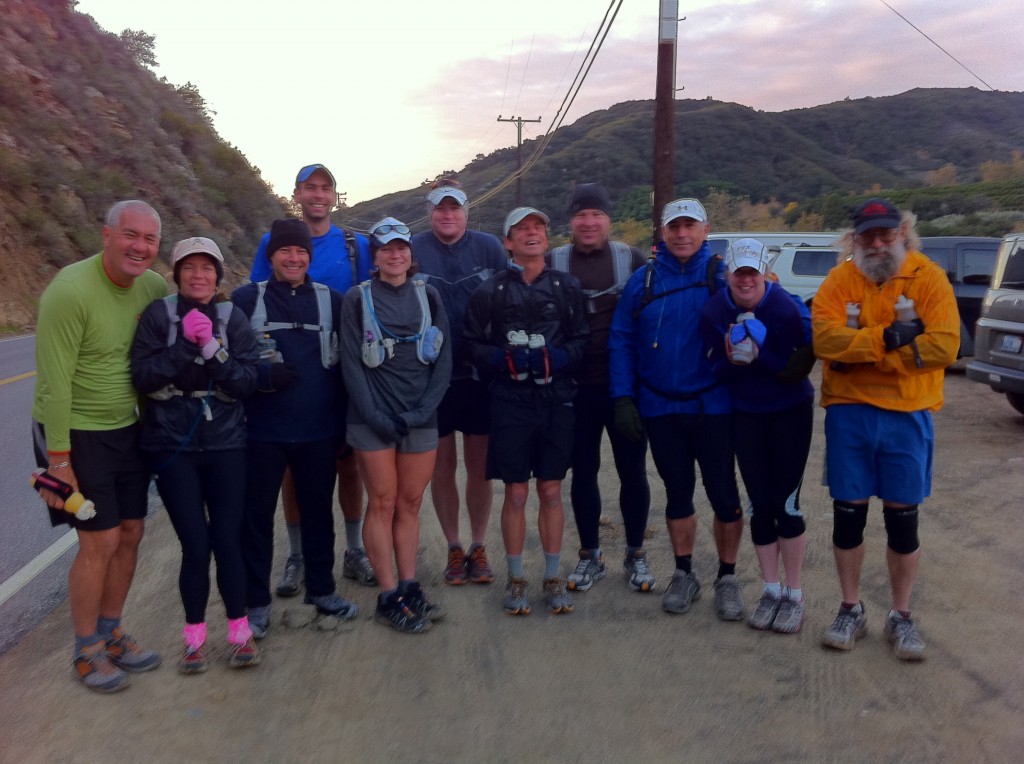 Not as muddy as I have run it before but a bit slip-sliding-away if you were not paying attention.
We took the Foothill Trail to Gridley where I dropped down for the water fill up while the others took off up the hill.  After 17 minutes of down and back up to where I left the pack I began the chase.. 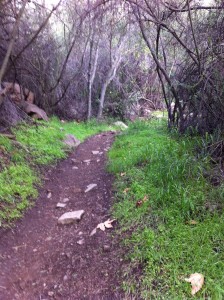 More of a mental game for me and was moving slow due to a lingering calf injury.  Caught the pack just above the zig-zags mid climb and hung with the pack until I decided to test some metal..mine and theirs….. and mess with my fellow Coyotes..

On to the Nordhoff Peak Fire Tower for some killer views.  Found a short cut up the road to the tower and still waiting for the RD to rule if this is either worth bonus or boner minutes during C2M.

The hypoxia got the best of my fellow runners here: Hypoxia or just messing with your head?

Down to the Pratt Trail for another nirvana trail experience.   This trail is second to Ray Miller Trail for the sheer please of enhancing gravity for the trip down snaking trail.  Ran into Heidi, US Forest Service Trail Supervisor, with a crew working the trails.  Nice work by the crew that will keep this trail descent sweeter than Southern Georgia Tea.
We met Nancy and her friends from Santa Barbara on the way down and finally arrived at the Cozy Dell Mud Fest before the last descent through the rocks to start the tailgate party..  We counted out miles and debated for a while… 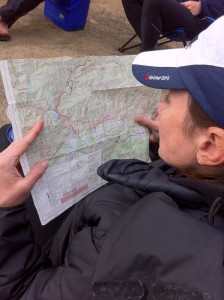 How far did you run Sue?

The last runners dribbled in all smiles. 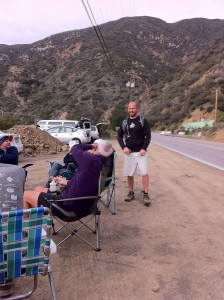 Overall a great way to start out the New Year.  Happy Trails.