Finally got around to doing some repeats on my favorite trail. I ran into people I knew on every iteration. It was a nice way to break up the work. However we did have an encounter with 3 rude mountain bikers coing down the trail. This trail is marked by sign that have been damaged by vandals, probably mountain bikers, to show that biking is allowed. Click on the picture for a close-up where you can see they smeared brown painted on the sign.  Anyone who would look at this sign and make that assessment is an idiot. 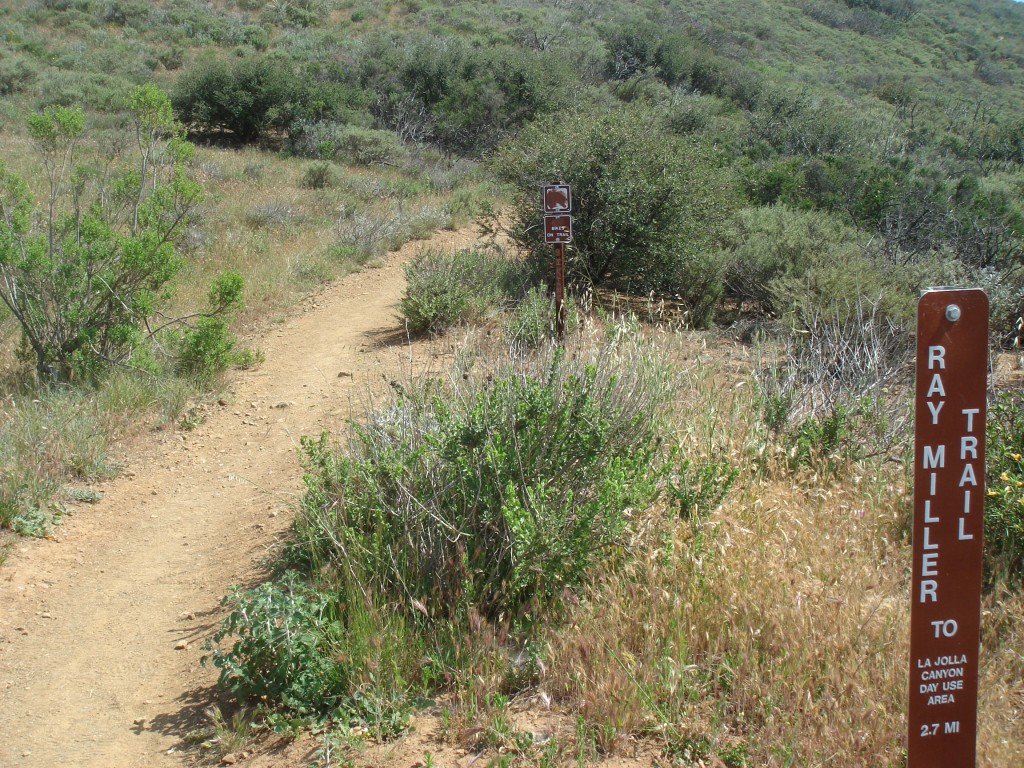 Just like these 3 bikers. First they said they didn’t see the sign, then they said the sign allowed bikes. What a bunch of dicks. We told them to turn around and they refused. Voices got raised, shouting began and I thought he was going to push Chris but he did not. As they passed we tried to call law enforcement but had no cell coverage. I took off up the hill with a mission to make the call. After 5 attempts I finally got a signal and got through only to get a record message of extraneous stuff I did not care about. There was no reference to law enforcement in the recorded message but I was able to leave a message. I suspect no action will be taken related to this incident but new signs must be put up as soon as possible.